Tracking down flaky tests is hard, and TestRecall aims to make that much easier. Flaky tests are tests that randomly fail or pass without any changes to the underlying code.

One of the hardest parts of debugging flaky tests is the lack of historical test data. This often comes up in ad-hoc spreadsheets or tribal knowlege where someone remembers seeing the same error message before. The same problem persists after someone goes in to make a fix, how did we track it was fixed if it might not appear again soon?

TestRecall aggregates and displays historical test data, making it easy to get insights from your test suite. With something as straight forward as a trend line, we can pinpoint the causes for flaky test suites and measure their improvement over time, 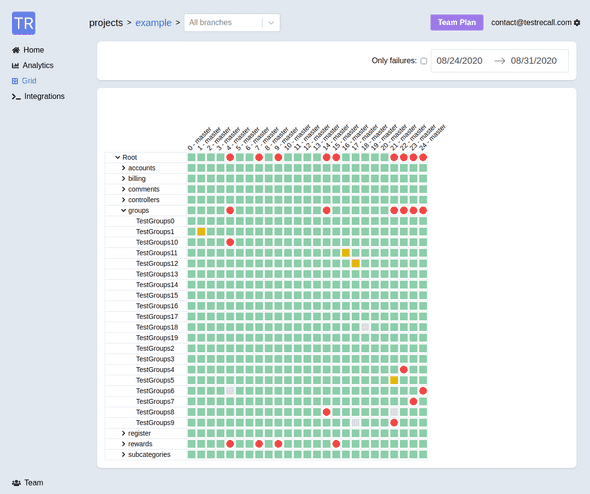 For tracking and debugging flaky tests, we can now automate a few steps of the process, saving us time: Tracking flaky tests Identifying when tests became flaky, which are the most flaky Tracking when they are fixed, stop being flaky